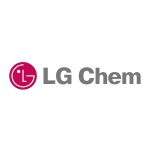 Brought jointly by LGCMI, the US-subsidiary, and its parent corporation,
the suits were filed concurrently with the United States International
Trade Commission and the United States District Court of Delaware.

The suits allege that defendants accessed trade secrets by SK
Innovation’s hiring of 77 highly skilled and experienced employees in
the lithium ion battery division of LG Chem, which developed the world’s
first commercial pouch-type Li-ion battery for automobiles. This
technology has been adopted by automotive manufacturers worldwide as
well as other consumer electronics applications.

These employees include dozens of engineers involved in the research and
development, manufacturing and assembly, and quality assurance testing
of Li-ion batteries, including the newest and most advanced generation
battery technology. The lawsuits allege that a significant number of
these workers engaged in the theft of LG Chem’s trade secrets to benefit
SK Innovation in the development and manufacturing of pouch-type Li-ion
batteries, of which LG Chem is the world’s leading supplier.

Coincidentally, from the end of 2016 – when the move of these 77
employees began – to the beginning of this year, SK Innovation’s
aggregated amount of EV battery supply in contract has increased by more
than fourteen times.

LG Chem is seeking injunctive relief to cease any importation of Li-ion
batteries, including both commercial Li-ion battery cells and modules,
and to bar SK Innovation from importing the manufacturing and testing
equipment necessary to build Li-ion batteries, as the machinery
similarly relies on LG Chem’s trade secrets. Additionally, the company
is seeking to prevent further disclosure and use of trade secrets and
significant monetary damages.

LG Chem has already dealt with SK Innovation on a similar issue in
Korea, where it sued five of its former employees who moved to SK
Innovation for breach of their non-compete obligations. The Supreme
Court of Korea ruled in favor of LG Chem, holding that the actual threat
of potential disclosure of LG Chem’s valuable trade secret information
justified the enforcement of the non-compete obligations. Despite such
result, SK Innovation continued to poach LG Chem’s employees even to
this point.

LG Chem is one of the world’s largest lithium ion battery manufacturers
with a market-leading position in advanced batteries for grid-scale,
residential storage and automotive applications. Its advanced lithium
ion battery technology is the product of 23 years of experience in the
development and production of mobile batteries and large-format
batteries for automotive and energy storage systems (ESS). LG Chem’s
commitment to technology leadership and its efficient, high-quality
manufacturing processes produces batteries that exhibit the very highest
levels of safety, performance and reliability.