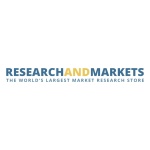 The Chinese gaming market is expected to register a CAGR of 14% during the forecast period, 2019-2024.

China being a mobile-first country constituting the world’s largest mobile subscriber base and owing to the rapidly rising popularity and increased adoption of mobile games and eSports in the country, the market is expected to witness growth during the forecast period.

Rise of Cloud Gaming and 5G to Drive the Market

4.2 Introduction to Market Drivers and Restraints

6.1 Emergence of AR, Location-based-Services and Blockchain

7.3 Gamers Population by Age and Gender

7.7 Suspension of Gaming Licenses in China

For more information about this report visit https://www.researchandmarkets.com/r/1xxa6b

Ondas Holdings to Participate in the Oppenheimer 6th Annual Emerging Growth Conference on Tuesday, May 11, 2021

Smith Micro to Present at the 16th Annual Needham Virtual Technology & Media Conference on May 17, 2021